“I think people in Romania have an overwhelmingly positive image about Germany,” says Lukas, a student of Ethnology in Jena. “Look here” he points to a testimony he collected on the streets of Mediaș, that reads:

«The decisive factors of German-ness are values (Werte), virtues such as order (Ordnung), industriousness (Fleiß) and a well-done job (Arbeit)»

“It’s weird to see others idealize the country I come from, with which I myself still have a lot of issues, especially because of past history” Lukas feels.

On the evening of April 10 in the University of Jena’s main building 13 students and three teachers of Ethnology held the opening of the exhibition “Wir wohnen Wort an Wort”, the result of a research trip they took last year through Romania. From Banat to Czernowitz, they followed the traces of Swabians, Saxons and Czernowitz Germans of Jewish faith, in an attempt to shed light on a region that “in spite of its manifold connections to Germany, represents a blind spot for large sections of the local public”.

Samantha, who joked he parents gave her an American name hoping that, by doing so, everything would turn for the better, says she went to a magazin mixt in Nițchidorf and the saleslady cut right to the chase in German, in a jaded voice: “«You’re here to visit Herta Müller’s house, right?». She seemed to think that we don’t understand much of the world, that we’re all rich and have no idea about what’s going on.” She pauses, then adds: “Which is probably even true.”

A student of Art history, Anna liked the nature in Romania, the mountains, and the Jugenstil architecture in Timișoara. “It was nice to see that not everything was tidied up, there were still semi-ruined buildings, little disturbances.”

The exhibition is part of a series of Romania-related events, that will take place until May 10 and will include public readings, discussions and concerts. 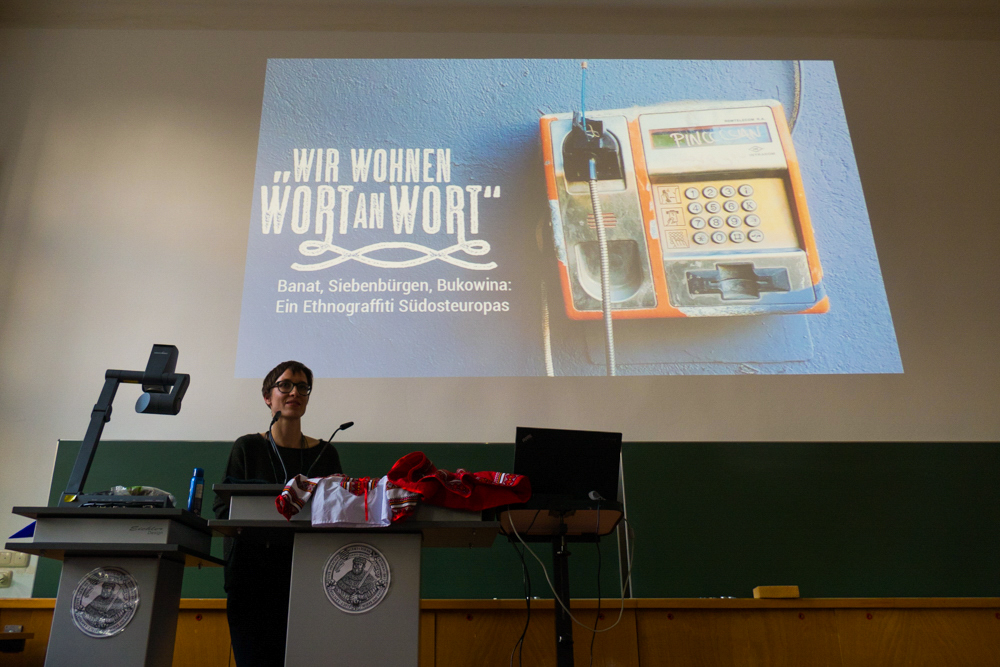 Prof. Valeska Bopp-Filimonov talks about the research trip, before the opening of the exhibition “Wir wohnen Wort an Wort” 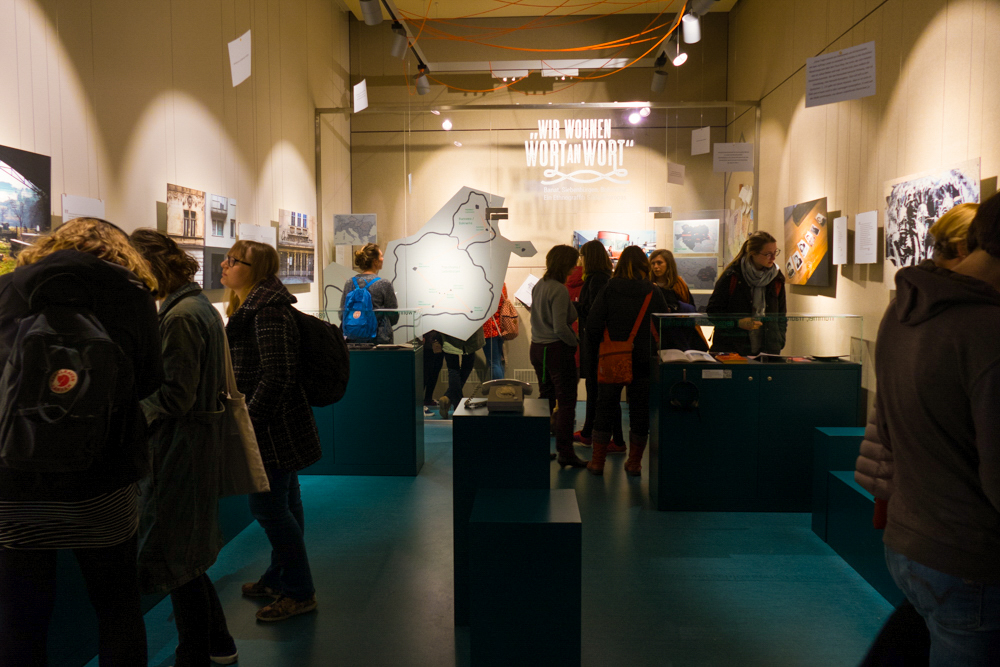 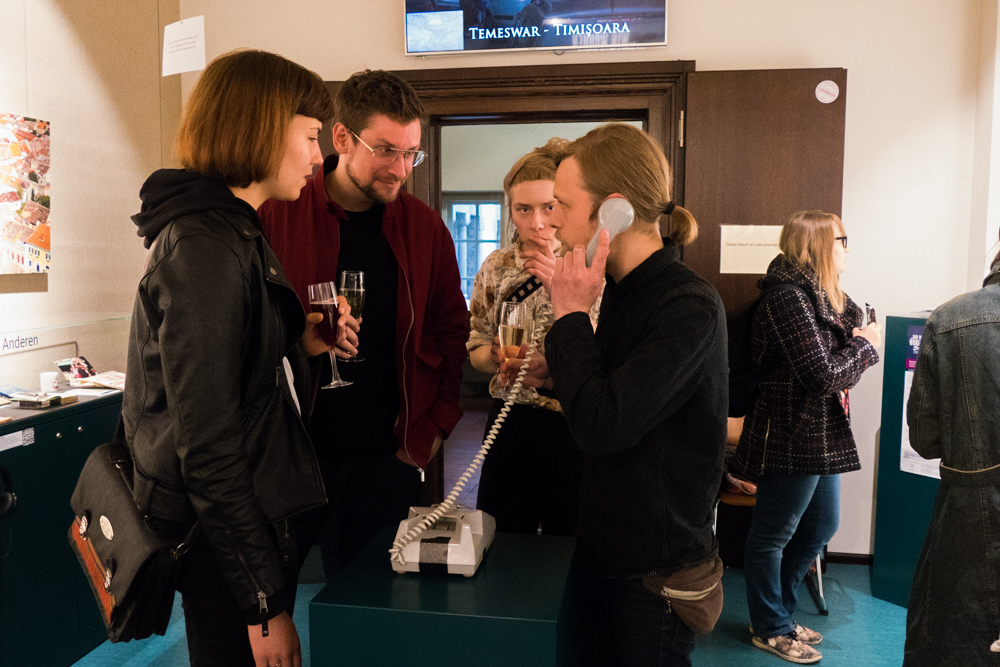 A few of the students who researched and organized the exhibition 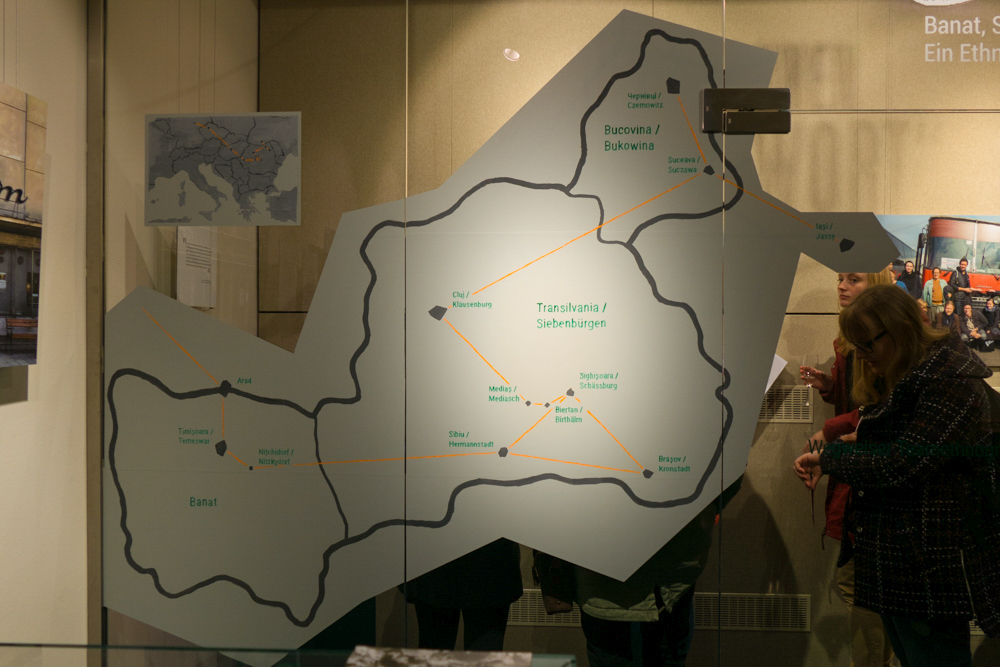 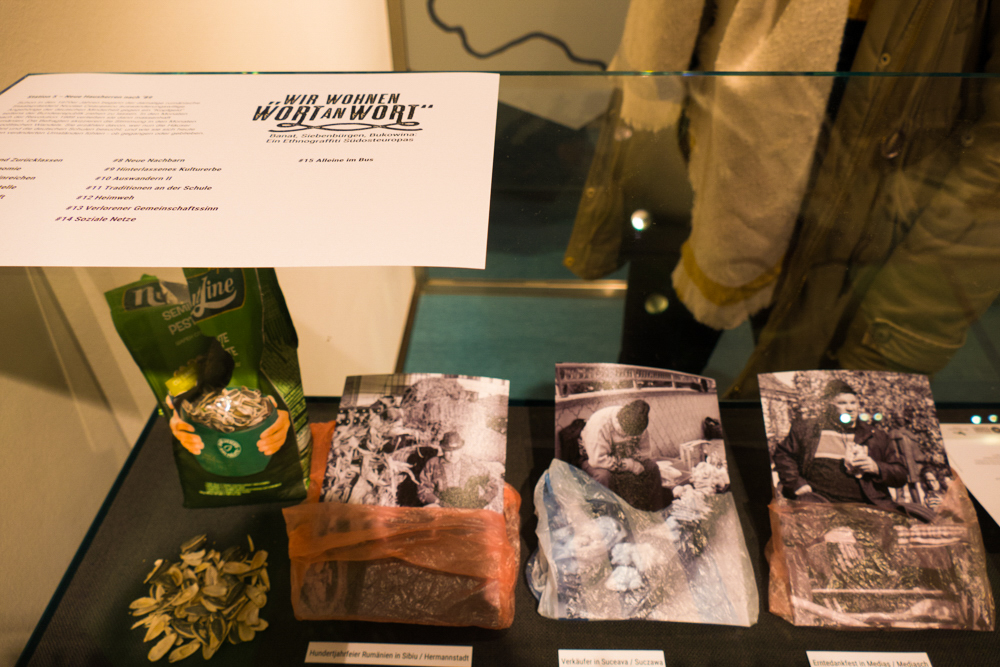 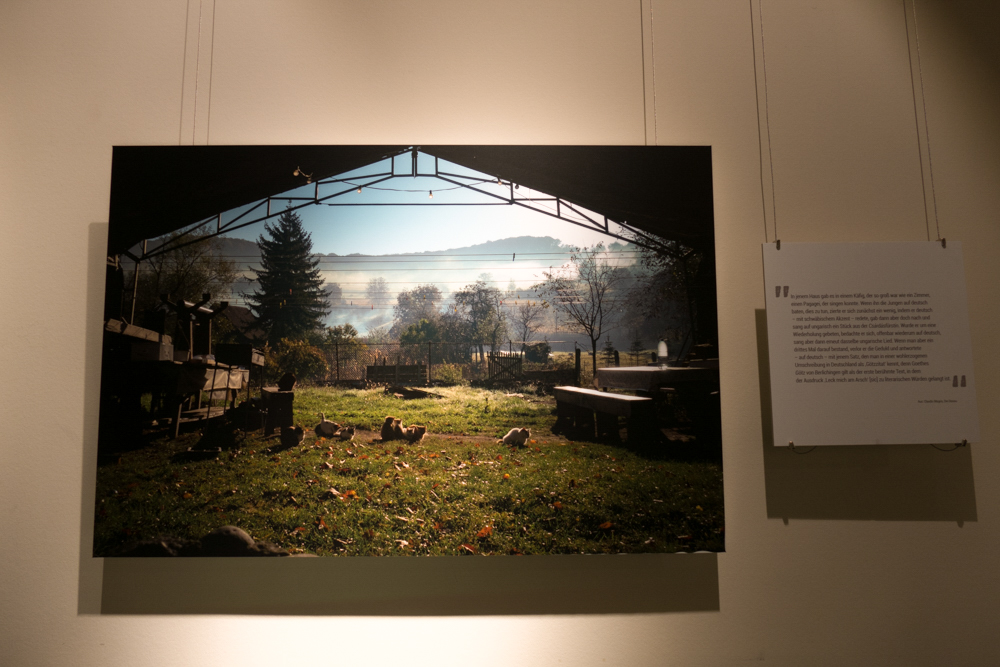